My Second Career - debut public exhibition of and book launch on the work of Dr. Anthony P Yim 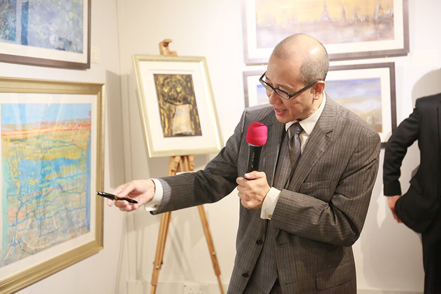 The curtain of the debut public exhibition of Dr. Yim’s artwork was raised on 19 May, 2018 at Café 15, the Camlux Hotel with great success. The ceremony attracted guests and supporters from different sectors of the community who together witnessed the starting point of Dr. Yim’s second career and delivered their best wishes for every success in his career.

Kicked off by an introductory speech by Dr. Wilfred SY Chan, JP, the ceremony was carried on with a welcoming speech by Mr. Raymond CC Leung, Managing Director of the Camlux Hotel, followed by an opening speech by Mr. Philip NL Chen, GBS, SBS, JP. Finally, Dr. Yim shared his journey in the pursuit of his second career that brought a series of touching and inspiring moments. The ceremony was drawn to a perfect ending by a guided tour in which Dr. Yim led guests to walk around the exhibition areas to illustrate his selected artworks on the use of mixed media on different substrates for expression. 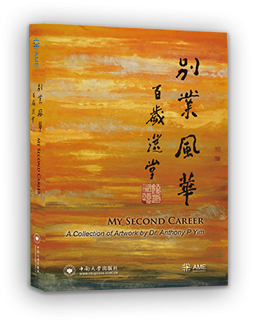 Dr. Anthony P Yim is internationally acclaimed for his pioneering work in Minimally Invasive Thoracic Surgery. After his retirement from thoracic surgery in 2017, he decided to pursue his childhood dream of becoming an artist.

Over 227 paintings were completed in just over two years and represented a landmark achievement in the artist's progress in his pursuit of art.

“Art is a potent therapy for the artist as opposed to surgery, which is often an effective therapy for the patient. Art represents a personal journey in pursuit of perfection, and in the meantime, rediscover yourself.”