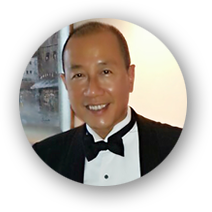 Dr Anthony P Yim had an enviable education, surgical training, and later career. He received his secondary school education from a local Jesuit School, the Hong Kong Wah Yan College. In 1975, he went to Merchant Taylor’s School in England for his Sixth Form education which led him to be admitted to Queens’ College, Cambridge in 1978 to read medicine. Having graduated from Cambridge with double First Class Honours in Medical Sciences Tripos (Part II Pathology), he was admitted to Oxford University Medical School on the Hobson Memorial Scholarship, where he graduated with distinction. He pursued a career in cardiothoracic surgery and was trained in some of the top medical institutions, both in UK and USA. He returned to Hong Kong in 1992 to join the Department of Surgery at the Chinese University of Hong Kong. He pioneered the development of Minimally Invasive Thoracic Surgery or keyhole surgery of the chest, which earned him a widely acclaimed international reputation. He was promoted to be the Chief of Cardiothoracic Surgery in 1995, and Chair Professor of Surgery in 2002. In 2017, he decided to give up his highly successful career as a surgeon to pursue his childhood dream of becoming an artist.

This online art gallery contains more than 100 pieces of artwork by Dr Yim in 4 categories, namely porcelain, watercolor, acrylic, and Chinese paintings. All these work were completed between January 2016 to December 2017, and collectively, they documented not only his personal achievement in the pursuit of art, but also the sharp transaction from a surgeon into an artist. His journey should provide some insight for those who have an interest in art and are considering taking this up more seriously.